A Slice of Cake With... Don Scoby 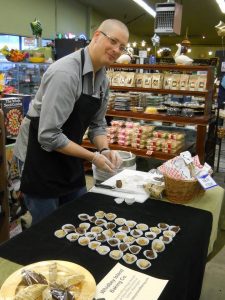 Donald P. Scoby is the owner of Whidbey Island Baking Company and the author of Make Your Own Darn Good Cookies, featuring the signature recipes of his company and recipes from family and friends. As a professional Highland bagpiper, he has produced and published a number of music albums along with his Celtic-rock band “Nae Regrets” and his experiential recording project entitled “Archive Of Resonance”.

Don was born in Washington State and grew up living between Seattle and Whidbey Island. He now lives on the north end of Whidbey Island and enjoys outdoor sports, automotive restoration, and playing two types of Scottish bagpipes.

Presently I am writing and self-publishing recipe books and Highland bagpipe sheet music books – and in some cases books that feature both foci. Over the past year, I started development on a thriller series based around a SCUBA diver. This followed development on a Sci-Fi/Post-Apocalyptic series that has been kicking around in my head for the past 25-odd years. Somewhere in here, I plan to get pieces of my poetry put together in a book. There are a few backpacks and bags I designed and have started making, I intend to turn these into a sewing project book, too. Suffice it to say, I have a number of interests and would be classified as a multi-genre author.

Writing and being a writer is for me the same as being a musician and making music.  Not creating and expressing in these ways might possibly drive me bonkers.  While neither of these crafts has paid my bills yet I also appreciate that I can generate income with these interests.  More enjoyable than that has been engaging people about my writing or music – opening bagpipe music to people who have not had an appreciation for it before or seeing someone take a recipe and gain confidence that they can bake or cook is the greatest payout one could hope for.

I will tell you this though – there were a number of unorthodox things I did with my first recipe book Make Your Own Darn Good Cookies.  Among those, I plugged a number of Easter-eggs into the text.  These were fun for me to include and I have received a good deal of positive feedback about them.  I won’t spoil what I did for folks who haven’t read my recipe book – take a look at my book yourself and have fun finding them.

I will say this, though – I give a suggestion at the end of my biscotti chapter about what to do in the event that you cannot bribe people to do things with a few well-made biscotti. 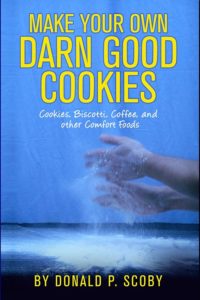 My aim is to complete at least two publications by the end of 2020:

One WIP – which I’m really excited to release – is a bit of a mouthful … it is a book of Scottish-American military and patriotic sheet music and tune history for Highland bagpipes – along with 15 or so traditional Scottish and Irish recipes, some with modern takes.  My plan is to use this as a fundraiser item for a Scottish-themed veteran’s organization I belong to.  The manuscript is presently in review by one of the national-level officers to make sure it meets with the organization’s stipulations.  If for some reason it fails to do so then I am going to perform a bit of a rewrite just before publishing – making it a book separate from the organization.  If that happens my plan is to still donate a percentage of the profits to the organization regardless of any official endorsement.

The other book is a permafree e-book featuring a few recipes; the goal with this is to attract more readers, both to my current and future books, along with my growing online presence as a cooking/baking guide and motivator and as a resource for new recipes.

Wait – I get cake for doing this interview?!?  No one told me about that beforehand – SWEET!!!  As far as I’m concerned anything chocolate with a raspberry ganache is a winner every time – but the real tell-all-story response is that I’m more of a pie guy.

… Say, this interview is still going to get published, right? 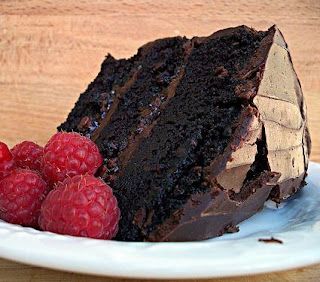 You're safe - pie counts! You can connect with Don at the following places:

Join me next week when I have a slice of cake with Kimberly T Hennessy.

Email ThisBlogThis!Share to TwitterShare to FacebookShare to Pinterest
Labels: A Slice of Cake With, Author Interview, Chocolate Cake, Don Scoby