It's so serious doesn't it? But I thought you'd like to know what I've been up to and if I write down what I hope to achieve by the end of the year then maybe I'll stop procrastinating my butt off and get it done!

The reviews for The Gaia Effect continue to arrive and I am chuffed to bits that my debut novel has been so well received. Thank you to everyone who has a) taken the time to read the book and b) been amazing and left a review. You can read them via my website.

Now I'm going to mention some dates but these are just ball-park guidelines, you can't hold me to them. Those who know me well will know I am a big fan of 'ish' so...

July (ish)
I shall be releasing a collection of works entitled 'Tales From Surburbia'. This will include short stories, humourous blog posts, a couple of plays and a monologue. It's designed to showcase my writing style and encourage new readers to come back and pick up new books. It will be ebook but I am tempted to also create a a paperback version for fans (Mum) to have a signed copy available to put on your 'I know an author' shelf.

July/August (ish)
I will have short stories in two different anthologies.


Both of these will be available in paperback and ebook and look to be summertime so as soon as I know more, you will of course be updated.

September/October (ish)
The Rose Thief will rise victorious from it's languishing pit of editing and be officially released, hopefully in both ebook and paperback version. It's a humourous fantasy a la Terry Pratchett, bordering on the line of fan fic but it has been crafted with much love and if it's received well there are plenty more tales from that universe to come. I just need to come up with a name for the main city. Truly stumped.

November (ish)
The newest member of the Buss family will arrive - rejoyce, rejoyce. I shall be taking a small break from writing - at least I think I will. It may be that in my sleepless state I am driven to write more, you never know.

January 2018
I will start working on The Gaia Effect sequel and despite the enormous pressure I already feel to bring my readers a sequel that satisfys their thirst for more, I am actually quite excited to begin work on this project. That's why it's a fixed date. There is no 'ish' for this!

Wish me luck! All donations of cake are gratefully received. 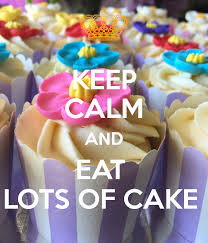