I came home from WW feeling angry.  These are very common emotions stirred up by the extrememly difficult yet (apparently) rewarding process of editing.  It's writers marmite and it has to be done to the absolute best of your ability and - here's the kicker - more than once!  Yes that's right, you will have to edit your masterpiece multiple times.

Whilst editing is often viewed as a negative process let's try and look at it through positivity goggles. What doesn't work can be rewritten, brand new passages can evolve and best of all, if it's done right, whatever is left will be pure quality.

Use the best words possibly when writing - enough for us to understand what you see but not too much that we can't decipher your brilliant vision.  Avoid weak words like ... errr... brilliant.... and be more adventurous with your vocabulary.  Minimal adjectives - no adverbs and heavens above no cliches on pain of death.

If you don't know exactly who your characters are and what they are meant to be doing then there is very little chance the reader will either.  Guess what?  Writing requires effort and thought, it's hard work and sometimes it seems that the creative idea is the very smallest part of the whole.

Persevere.  Be pedantic.  Analyse every single word because if it doesn't tell the reader something about the character or further the plot then it doesn't need to be there.  Strong writing creates strong images so be wary of hesitant words.  Nine times out of ten you can get rid of or change the following:


Say what you want to say without fannying around.  Something is either happening or it isn't.  Take charge of your words.

Editing advice - read it through once without doing anything at all.  Then read it tuned in with a coloured pen of your choice.  Plant a tree if you feel bad for the environment because editing on paper is a real requirement.  Correction time may well involve several gallons of the beverage of your choice and a preferred snack.  If you can stomach it, and you want your work to be the absolute best it can be, record your novel and listen to it aloud.  You will discover issues with pace - words that jar - dialogue that doesn't flow naturally but that's alright because you are building a masterpiece.  It takes time, it takes effort and it takes love.  If your work truly becomes a chore then, quite possibly, it is not the book you are meant to write. 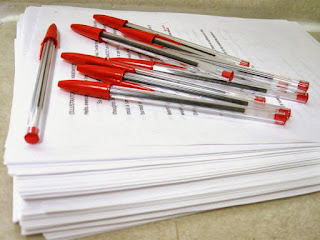 How are you?  What's your year been like so far?  If it's anything like mine then at times it has seemed to be a slo-mo tortoise wading through treacle and at others the life cycle of a may fly would be an eternity in comparison.  I read all about the importance of making achievable goals and planning every day how to move towards completing them and at the time I remember nodding sagely and thinking, yes - this is the way to do it.  Since then I have been too busy/tired/lazy/forgetful to put such superb planning into place.

Ah - I was sneaky and never actually set out a list of goals to achieve for the year - well done me - instead I rambled for a couple of paragraphs about how, in an ideal world, I'd quite like to get round to doing one or two things and see how it went from there.  I sense that I channel a very good Winnie the Pooh.  And yes, we have been reading the Many Adventures at bedtime so I am also in love with, and spend quite some time gazing fondly, at the extremely long yet charming sentences A A Milne peppers into his prose.

I said I was going to move and get a job.  Nope.

I said I was going to start the Insanity workout.  Which I did.  Then my knees said who the bloody hell do you think you are and I stopped.  I have since completed the 22Min Hard Corps eight-week program and am now weighing up my exercise options.  I'm lazy, so it may take some time.  My thoughts are why run when you can curl up in an arm chair with a good book. And a chocolate digestive or three.  Sadly my waistline disagrees.

I said I was going to write the query letter for Gaia and get it sent out to agents.  Which I did.  I got one request for full manuscript and then a steady-ish trickle of polite, positive rejections.  So I decided to go through and edit it again. It's now with my long suffering volunteer readers, Still no news on the details of the self publishing deal - I will get to the bottom of it, I will!!!

I said I was going to create a website.  I did.  And I've changed it about three times since but that's normal.  These things are quite organic and change with you as a writer and the different works you have to offer.  I appreciate all feedback and any cool ideas you've seen elsewhere.

I said there were other projects in the pipeline.  There are.  Many and varied.  I haven't really developed any of them further, just added to the quantity.  Something to do on those long hot summer evenings when you can't sleep I guess.

I said there would be trips to see friends and family.  With that in mind, we now have a car which is a very exciting, expensive development.  We have the means to get there but not necessarily the fuel.  I have still seen all the same friends and family that I would've seen normally but none of the others who live that bit further away.  I have planned a gathering though.  It's all an awful lot of focused effort involving memory and freshness of brain - both of which I am sadly lacking.

I said there would be lots of crafting.  There has been.  I think glitter is now an additional food group in our household.

I said there would be lots and lots of books.  There have been.  I am 50 books into my target of 75 for the year.  Any recommendations gratefully received.

On the whole I think I get a B+ for the achievement of goals so far this year.  I just want to continue reading more books and carving out the time to write.  It's what I want to do but sometimes I feel as if my entire life conspires against me.  And that's without a 9-5!! 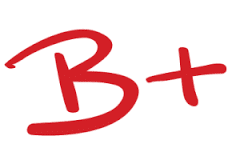 Writers Workshop #6 Description is Everything

In our modern world everything around us is intensely visual and interactive, it's fast and bright, loud and twirly and the world is getting smaller every day.  Social media allows us to see far more than we'd possibly ever want to into every single aspect of almost any individual's life.  If, as writers, we try to describe the people and scenes in our book as though we are looking through a camera lens watching a film then we should be able to make the descriptions vivid and interesting.

If only it was that easy.  We walk a careful line when describing the characters and scenery in our books - we have to include the salient points but we don't want to go overboard.  Descriptions are also genre specific - I think it's safe to say there is more depth of detail in a period drama than a chick lit novel and should that chick lit novel be overly descriptive then its' usual readership are likely to switch off.  I am turning myself off in attempting to describe the difference.  Tricky stuff.

When describing objects we look at the physicality of them - relatively straightforward, providing we are trying to describe objects that exist.  When writing in the realm of science fiction it gets a little trickier as often the items being mentioned are fantastic creations of a fertile imagination.  It's harder to describe your characters on paper because you know them so intimately in your mind - oftentimes you can miss obvious things out but don't forget your readers aren't privy to the image in your head.

Our five senses help us interact in our world and will also help us in our writing.  Taste - touch - sight - smell - sound can all be used to write superior descriptions.  Keep your adjectives sparse and as always avoid adverbs, and alliteration.  Clarity is key, if it doesn't further the plot then don't use it.

It's also worth remembering that the external look of your characters may not match their internal conflict.  Each inner world is different for each character as well as being different to the world outside that they live in.  We have to describe our characters relationships with their worlds as well as their inner struggles - not only what they look like but how they feel.

Workshop then went into similes, metaphors and onomatopoeia.  I am not going to because quite frankly, if you don't know what they are then you shouldn't be writing. That said I don't write with these tools in the back of my mind, I just write.  I suspect those things are sprinkled throughout my prose.  Somewhere.  Like chocolate chips hiding in what you thought was a plain cookie.

Beware of mixed metaphors.  Beware of trying to be too clever.  Beware of slowing down your book.
Posted by Claire Buss at 19:41:00 No comments:

Talking to myself #playwriting

Think of the monologue as a story - it needs a hook at the beginning, a climax in the middle and the end needs to return the audience to the play.  According to Google, another character must be present in order for the speech to be a monologue - that can be another cast member, a split personality or the audience.  According to our class discussion that distinction is incorrect.  A monologue needs no audience.

But if there is no audience do we then venture into soliloquy territory.  A solili what now?  A soliloquy is 'an act of speaking one's thoughts aloud when by oneself or regardless of any hearers, especially by a character in a play.'  (Online dictionary).   The obvious example is of course Hamlet's speech 'To be or not to be' and if you haven't seen it, watch the special BBC Shakespeare programme which included an excellent take on the famous soliloquy.

Back to class.  Individual monologues were read out and as always in this situations there was a huge difference between style and length, content and purpose.  It used to worry me that my work never sounded like anyone else's then I realised that was ok, different is good and really, lets be honest - there is no wrong in writing.  I'd love to include my monologue here for you but .... I drew on some personal experiences and to be honest it's fine for strangers but way too close to the bone for people who know me.

However, all hope is not lost.  I have the opportunity to record a monologue in a video booth as part of Pen to Print, Real People, Real Stories.  The only problem is now I have to write another!  How hard can it be? 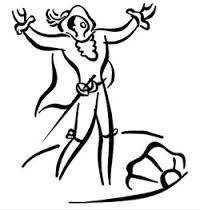