Aoife Sheridan, part of Ultimate Fantasy Books, put together my book blog tour so one way I can thank her is by sharing her cover reveal for her new novel Hunted - check it out!

Abigail finds herself in Hades, and it isn't long until things start to go from bad to worse.
Cathy nearly dies, and Abigail is taken by Nicolas Frost. Zombies, man-eaters and dragons are just some of the things she has to face. But the worst thing of all is herself, and who she really is.

Aoife Marie Sheridan has loved reading from a very young age, starting off with mills and boon books given to by her grandmother. Her love for romances grew, by the age of 14 she had read hundreds of them.

Aoife has a passion for writing poetry or in her eyes her journal entries. It was something she did throughout her teens and into her twenties. Aoife won first place for two of her poems and had them published at a young age of just nineteen.


To find out more about Aoife Marie Sheridan you can visit her at:

Today I am reviewing Darkstorm by M.L. Spencer, a fantasy novel about rapidly shifting allegiances, the end of magic and two mage brothers with turbulent pasts who try to save the world.

Blurb:
Faced with an imminent cataclysm that will destroy the magical heritage of their people, a conspiracy of darkmages resolves to open the gateway to Hell. The only mages who stand a chance of opposing them are Sephana Clemley and her acolyte, Merris Bryar, along with their protectors, Braden and Quin Reis: two brothers with a turbulent past and a caustic relationship.

Will Braden and Quin be able to protect Sephana and Merris long enough to prevent the unsealing of the Well of Tears? Or will they fall victim to manipulation and become darkmages themselves?

Review:
Initially I was confused by the prologue, it almost spoiled the book because I already knew part of what was going to happen. I always think a prologue should be set either a very long time ago or a very long way into the future.  I also struggled initially to get into the stride of Spencer's writing style - for me, it felt a little overwritten but then I am of the one word will do school of writing. Once I got used to the liberal sprinkling of adjectives I was able to get into the story and it is a highly readable book.

I loved the world building in this book although I can't help but compare any horse-based clan to the Rohirrim. The brothers were believable characters with enough shared backstory for the readers to feel compassion for them. When we initially meet Quin he is a bit of a disappointment then he shows his true nature and it starts to get exciting. I also liked the fact that most of the main characters don't get a happy ever after - that felt very satisfying. I can't say too much more - *spoilers*.

I had the most difficulty with Merris - to me she wasn't a believable character. She went from timid child to wanton hussy to power hungry mage. I think if we'd had a bit more backstory we might have been able to follow the personality changes better - she was a scared acolyte when she arrived in Bryn Calazar and within pages she was a brazen sex  monster - it just didn't track. Perhaps it was an indication of mental instability but I felt it needed a little more development.

Luckily that niggle didn't detract from the story arc and I was pleased to see a fresh take on the end of the magical world. The polarity reversal made sense as did the group of mages prepared to do anything to protect their magical power. As always with fantasy novels you need to keep all the different names of places and people in your head but there were times when I was asking - who is that again?

All in all, an enjoyable read and Sephana's actions at the end of the book make you wonder what will happen next in this world.
3/5 *

M.L. Spencer grew up on the works of Steven R. Donaldson, Stephen King and Frank Herbert. She wrote her first novel-length manuscript at thirteen. Her debut novel Darkmage won the 2012 IndieReader Discovery Award for Fantasy. She was also awarded 1st Place Prose in in the San Bernardino County Writing Celebration.

Ms. Spencer lives in Southern California. By day she works as a biology teacher; by night she sweats over a beaten-up keyboard. She is now in the process of expanding the Rhenwars Saga into a trilogy.

The Gaia Effect is going on tour! The lovely people at Ultimate Fantasy Books have put together a book blog tour for me.  There's going to be interviews, excerpts from the book, blog posts, spotlights and a few reviews of the book. You can join in by reading & sharing the posts and entering the prize draw for a free signed copy of The Gaia Effect.

I'd like to take this opportunity to thank everyone involved with the blog tour - you're all fabulous. And for all you readers out there, don't forget to write a review! 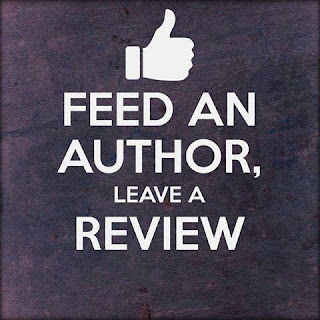 I'm doing quite a lot of interviews at the moment about my novel, The Gaia Effect, which is brilliant but I was particularly taken by a piece I was asked to write about my dystopia for A.W. Cross's blog.  I thought I would share it here in case you missed it.

The Gaia Effect is set on Earth, two hundred years in the future, after a High Energy Radiation (HER) War has wiped out much of the human race and devastated the surface of the planet. Shortly after the war ended a company known as Corporation was instrumental in creating fifty safe cities across the world, each one protected by force fields from the toxicity beyond yet isolated from each other and left alone to survive. Toxic radiation had sterilised the remnants of the human race and so Corporation began to genetically engineer babies, assigned to couples at its discretion, maintaining as much genetic variation as possible. Technology rapidly advanced, finding new ways to keep people safe and firmly under Corporation control.
The Gaia Effect takes place in City 42 where Corporation is embedded within everyday life and yet there are institutions such as Force, which exists apart from Corporation and upholds the law, and Anti-Corp, who resist everything Corporation stands for. I felt it was important to have an organisation that stood apart from Corporation and could, if need be, prevent this powerful organisation from abusing its position. Of course, Corporation hides its secrets well and we learn that they have been lying to the public for quite some time. The original creators of the independent cities must have known that no one company could handle that much power and did have contingency plans in place which my characters access and implement.

City 42 has a social media vehicle known as the sweeps, a similar sort of platform to Twitter but more invasive and one that everyone uses to send their news across the city. The news sweeps system is a self contained technology, unhackable and not linked to the other cities. It is a bone of contention to Corporation and Anti-Corp that neither one of them can gain control over the system.  It is a fast-paced information service which Corporation try to flood with their own propaganda but are not always successful.
As far as the main populace of the city is aware, it is still toxic outside the city however Anti-Corp have found a way to bypass the forcefield and access the nearby beach, reporting no adverse effects. In the book, Kira & Jed Jenkins go to pick up their assigned baby and try to deal with not using the various invasive technology available whilst close female friends find out they have fallen pregnant naturally – a medical impossibility. We learn that Gaia, the spirit of the Earth is trying to bridge the gap between nature and man. Now that the planet has started to recover, she needs man & his ingenuity to continue to heal.
The book was in part inspired by my own struggles as a new mum to deal with all the conflicting advice given from various professionals when all I wanted to do was to hold my new baby close to me and I tried to imagine what it would be like to be a parent when everything could be done for you by technology. That idea grew into a society that was so dependent on their tech they had stopped going outside and I wondered what would they be missing? The image of Gaia herself was in part inspired by the artwork of Josephine Wall.
I wrote The Gaia Effect almost instinctively. The first chapter and a loose synopsis were written for a writing competition – the idea came from some short pieces I had written about sterile women becoming pregnant via elemental spirits. I was fortunate enough to make it through to the finalists round and then found out I had to submit an entire novel in six months time! I stuck to writing a minimum of 700 words a day, just sitting down and letting the words flow and my assigned mentor/editor was literally editing one chapter behind me. I had no writing plan and often no idea what was going to happen next. It took me four months to write the novel giving myself two months for editing.  After the competition deadline I left the book alone for about six months before picking it up again and making a third and then final draft before publication. I was incredibly proud to place second in the competition and have the opportunity to publish through New Generation Publishing, an opportunity I would never have had without the help of the competition.
Watch the trailer - read the reviews - add me to your Goodreads to-read list.