If I were to tell you to go write a ten minute play you might think, easy - I can do that.  And I dare say some of you lovely writers out there would go sit down and bang out a ten minute just like that.  But when I sat down to write such a thing my brain said back in a mo and skipped merrily out of my left ear.  That left me with a blank screen, itchy fingers and absolutely no idea of what to do next.

Naturally I turned to Google and came across this wonderful little site helpfully called 10-Minute Plays.  I do so enjoy it when a Google search actually comes back with what you're looking for and doesn't add in any more black marks in the dodgy topic search results column.  Being both busy and lazy - it's an artform - I only perused the mere surface of this cornucopia of riches and only read one play.  It was a single moment in one man's life colourfully brought to life with rich characters, comedy and a great little twist.  I can't remember for the life of me what it was called but it was very good and it made me realise that I was thinking too grandly.  In short I was thinking bookish.  I was thinking of story arcs and complex inter-character relationships and intricate backstory and you get the idea.  What a ten minute play needs, to some extent, is simplicity and I don't mean simplistic ideas or words but a clean, compact moment in time.

This was great progress - I still had no idea what I was going to write but at least I knew what I didn't need to write. And so for my first ever play I hacked apart and re-sewed a short story called Bodies in the Graveyard.  It worked well I think.  It taught me how to 'write' play and to think about stage directions, how to get all that descriptive work into your dialogue with just a few actions.  Don't get me wrong it still needs to be read by actors who know what they're doing but that's the point - they know what they're doing so you don't have to worry about every single nuance.  It got read out in class and went down well.  People laughed when they were supposed to and seemed to enjoy the little tale.  Excellent.  The only problem was that it was still a little too complex for opening night.

My play will read on the 30th September, 7pm at the final night of ReadFest 16, a week long celebration of all things book and author as well as a look at the work the poetry and playwriting groups have created.  So it needs to be under ten minutes and simple hence my multiple characters and scene changes, whilst good, do not quite fit the bill.  Back to the drawing board.  This time I needed real inspiration and not a hack job.

Then my husband left.  Not for good - just the weekend.  He flew to Ireland to see family and this got me thinking.  What if one husband met an ex-husband at the airport and they started talking about their other half.  Could be quite amusing.  And so in two evenings 'Airport' was born.  It was unveiled yesterday in class and was received moderately well.  Positive comments ensued - the individual character language helped to identify their differences - the ending was satisfying - one character was a bit annoying (meant to be) and the other was unwilling to converse (supposed to be).  All in all a good reaction.  And so I have my play.   Efforts will be made to record and upload the grand opening at the end of September but while you're waiting feel free to hop over to the website and read Bodies in the Graveyard.  All constructive comments gratefully received. 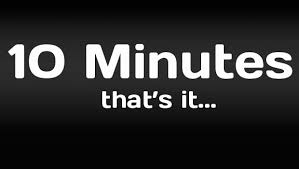