A Slice of Cake With... Zachry Wheeler

This week I am delighted to be having a slice of cake with Zachry Wheeler. 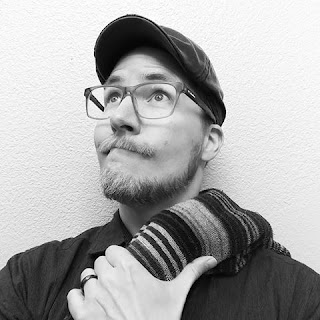 Zachry Wheeler is an award-winning science fiction novelist, screenwriter, and coffee slayer. He enjoys English football, stand-up comedy, and is known to lurk around museums and brewpubs.

I write on the light and dark sides of theoretical science. My dark series is about a regime of bio-plausible superhumans that drink blood and beer. My light series is about a nerdy teen that gets thrown into impossible situations with his pet cat.

My “why” would be a misanthropic worldview. My dream is to live in a remote cabin in Iceland with a large stock of creature comforts. Until then, I’m that guy who stays home on a Saturday night and watches Avengers for the (insert big number) time with a big box of takeout. Thus, thinking up new worlds to write about was a natural progression.

Alas, all of my favourite sections contain massive spoilers. But, I really like the opening paragraph to Max and the Snoodlecock (Book Two of Max and the Multiverse):

Given that space wants to kill you dead any chance it gets, space stations stick out as peculiar feats of ingenuity. In simple terms, they are little more than fragile atmo-boxes floating inside a vacuum. They rely on complex systems to stay afloat, where if the tiniest thing goes wrong, death lurks outside like a hungry badger. This is why they embody the function over form methodology, where a potent desire to remain living trumps everything else. Still, one would think that somewhere along the line, space station management would take a long hard look at their homely air tank and think hmm, maybe some drapes. 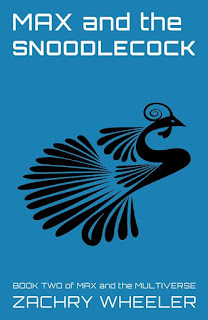 I have just released Thursday Midnight, the sequel to Transient, which is a post-apocalyptic retelling of the vampire legend through the lens of science fiction.

Two years after betraying humanity and fleeing the city, Jonas and Anna remain in hiding. Their plans to remake society are slowly progressing, albeit under the constant threat of death.

Victor Korovin is a NExUS agent tasked with eliminating the human scourge. After centuries in the field, his life as a feared enforcer has quieted. He lingers as an unused asset, trapped behind a desk in downtown Seattle.

His accord with Jonas brought an end to the eternal war and marked the official extinction of the human race. The world has enjoyed a lasting peace ever since. That is, until a frightening new foe rises from the ashes. 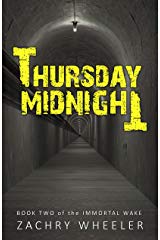 This might come as a stunning admission, but I don’t like cake. Never have, even as a child. Of course, when I hear “cake,” I think of those mass-produced white sponges slopped with icing, those pre-packaged tins that you find in every grocery store. Bleh! However, I do love a good brownie. 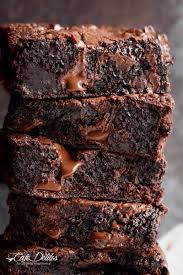 Join me next week when I'll be having a slice of cake with Catherine Mesick. 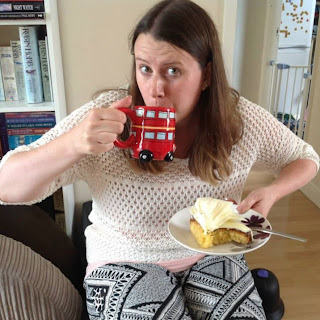 Claire Buss is a multi-genre author and poet, completely addicted to cake. Find all her books on Amazon. Join the discussion in her Facebook group Buss's Book Stop.
Posted by Claire Buss at 19:51:00