A Slice of Cake With... C H Clepitt

This week I am delighted to be having a slice of cake with fellow indie author and sparkly badger, C H Clepitt, who is also my co-host on our weekly twitter hour #sparklybadgersunite on a Monday evening at 9pm UK time. 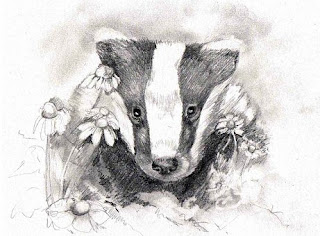 C H Clepitt has a Master’s Degree in English Literature from the University of the West of England. As her Bachelor’s Degree was in Drama, and her Master’s Dissertation focused on little known 18th Century playwright Susannah Centlivre, Clepitt’s novels are extremely dialogue driven, and it has often been observed that they would translate well to the screen.
Since graduating in 2007, she gained experience in community and music journalism, before establishing satirical news website, Newsnibbles in 2010. In 2011 she published her book, A Reason to Stay, which follows the adventures of disillusioned retail manager, Stephen, as he is thrust into village life and the world of AmDram. Clepitt’s feminist fantasy, The Book of Abisan not only crosses worlds, but confuses genres, and has been described as a crime drama with magic. She has often said that she doesn’t like the way that choosing a genre forces you to put your book into a specific little box, and instead she prefers to distort the readers’ expectations and keep them guessing. Her 2016 work, I Wore Heels to the Apocalypse does just that, as just like the characters, the readers won’t know what’s going on in this laugh out loud satirical sci-fi.
What kind of books do you write?

I write fast-paced character-driven stories that you won’t be able to put down.  They are funny and poignant and exciting and a bit clever, even if I do say so myself!

Share with us your favourite passage from the book you enjoyed writing the most.


That’s really tough because I’m a fickle beast, and enjoy every book as I write it!  Here’s a section from Curtain Call, which I’m very proud of. I wouldn’t say this is my favourite section, but it’s a good bit to show you what it’s about without giving too much away.

“It’s my wedding anniversary, Eleanor! Of course I have to go! What the hell do you want from me?”

“You know what I want, Buni!” Eleanor’s voice cracked as though she was on the verge of tears. “I want you to leave him! For Christ’s sake! You don’t love him, why do you stay when all he does is hurt you?”

“I’m not going through this with you again, Eleanor! It’s complicated! I’ve built an entire life, and you want me to throw that away. For what?”

“You know what? You’re right!” Eleanor’s voice became louder. “You shouldn’t throw it away.  I think you should be very happy, but without me, I deserve better!”

“Grow up, Eleanor! Stop having a tantrum. If you knew what an adult relationship was…”

Buni was cut off by Jen falling through the door.

“Sorry, no hands,” she offered weakly.

“Never mind,” Eleanor wiped furiously at her cheeks with the palm of her hand.  Her eyes were red as she approached Jen and took the coffee from her. She was now wearing a white flannel bathrobe and her wet hair hung loosely at her shoulders. “What are we having?” She forced a smile.

“Latte and flapjack.” Jen looked nervously between the two women. “The raisins make it one of your five a day, I’m reliably informed…”

“Must be true, then.” Eleanor swigged her coffee and turned away from the scene as though exhausted.

“Who the hell are you?” Buni broke the awkwardness, causing Jen to jump.

“Do me a favour and fuck off, Jen,” Buni snapped. She was a small woman, only about five foot five in her stiletto heels, and her tight black pinstriped suit fitted in all the right places. She did not look her age, but she presented a confidence that her commands were frequently obeyed.

“Do no such thing!” Eleanor responded. “You wanted me to have a bloody P.A. - I’ve got one. Now, piss off, I have to get ready for the dress!”

“You’re behaving like a child, Eleanor,” Buni’s voice softened. “Of course I’d rather be with you, you know that. He’s… difficult…  It’s… complicated…”

Jen realised she had been clinging to the flapjack incredibly tightly, and placed the misshapen packet awkwardly onto the table, with the twenty pound note next to it.

“You didn’t pay, did you?” Eleanor glanced up. “I can’t imagine Bill gives you money to throw away.”

“Oh, no,” Jen had begun picking at her cuticles awkwardly. “My friend owns the coffee shop, he was so excited when I said I was working with you, he gave us free coffee.”

“Fan, is he?” Buni looked up.  There was something sheepish about her expression now.

“We both are,” Jen chewed at the loose piece of skin around her index finger.

“That’s nice.” Buni reached into her bag and pulled out a fifty pound note. “Here, I’m sorry I was rude to you, it’s been a stressful day.”

“Well, perhaps your friend in the coffee shop would like it.” Buni put the money on the table next to the twenty. “I’ll call you later, Eleanor, we can talk.” She left without waiting for a reply.

Tell us about your latest project?

My latest project?  As in my WIP? Well, it’s an urban fantasy called “My Dream Woman”, about a woman who discovers her dreams are more than they appear.  I don’t want to give too much away, but there’s lots of action, and I will get in as many badger references as I can. Watch this space.

Can’t I have all the cake?  If you force me I’ll go with salted caramel, or red velvet, or lemon drizzle, or Victoria sponge, or... 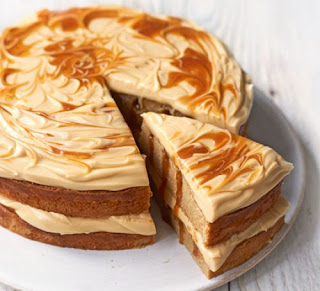 Oooh, salted caramel is one of my favourites! For the baking inclined reader, here is a recipe for a delicious salted caramel poke cake from Good Food.

You can keep in touch with C H Clepitt across social media:


Twitter: @BadgersTweetToo
Website: chclepitt.com
Join me next week when I will be having a slice of cake with indie author Geoff Habiger, grilling them gently about their writing life and of course sharing their favourite cake. 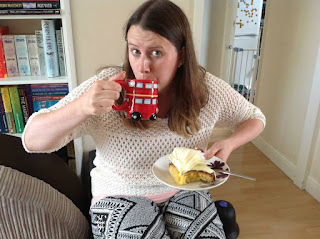 Claire Buss is a sci-fi, fantasy & humorous writer and poet, completely addicted to cake. Find all her books on Amazon. Join the discussion in her Facebook group Buss's Book Stop.