A Slice of Cake With... Juneha Chowdhury

This week I am delighted to have a slice of cake with Juneha Chowdhury. 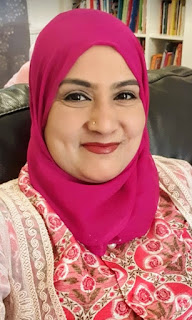 Juneha is a former teacher and agented writer from East London. She won the Pen to Print Book Challenge in 2018 and is a regular contributor to the Pen to Print Magazine Write On! and Write On! Extra. She is in the process of revising her latest project, hoping to get it traditionally published.

My writing is raw and realistic and usually centred around a female underdog. The stories I write could be real and are often inspired by real stories. The writing itself I’d say pulls on your heartstrings in some places and has you chuckling in others. A lot like myself - I'd say my writing is best described as humour and heart in equal measure.  I think humour really connects with readers and is a great way of exploring challenging issues and storylines.

Simple - I write because it gives me pleasure. There is nothing more satisfying than when a scene or a thought in my head translates and comes alive on the page and when I read it back and feel every word, I think, 'I wrote that!'

But this is obviously on a good writing day when my anxiety has taken a day off, and I'm not battling impostor syndrome or writer's block. On those days I'm completely free to delude myself! On a bad day though, the words are usually the same, but the punctuation and expression change to, 'I wrote that???' followed by a few expletives!

This paragraph is from the YA book I won the Book Challenge with. It's from a scene a lot of young British Asian Muslim girls can identify with - that dilemma of wanting to blend in and yet stand out. Being a part of a bigger crowd but yearning to have your own identity. And that stark difference between outward appearance and inner reality.

‘What are you talking about passport to live? A scarf?’  she said.

I watched her stroking it, just as she had Mina’s flawless face so many times.

‘You and Dad gave her so much more freedom, Mum. She put her scarf on. You let her go. She ran free. You never doubted her. She was the model Muslim girl.’

‘How come you never thought to wear it then, Deepu?’

‘Because I wasn’t into playing games, Mum,’ I said, knowing that every minute of every day, since Mina had been gone, I had been doing nothing else.

Her eyes held my gaze for a second.

‘You wanted her to wear the scarf to blend in, but all Mina ever wanted to do was to stand out, Mum. And she did. Scarf or no scarf, Mina stood out, alright.’

She looked down at her lap, at the blown-up picture of the girl at the airport.

She threw the picture on the floor. Robocop’s latest discovery: a wild child picture of Mum’s perfect daughter.

It was Mina. Not the Mina she boasted about: the body-hugging top, bottom-hugging trousers; layered and styled long tresses: all visible to the naked eye. She had seen it and judged it on other women’s daughters. Not her covered-up Mina.

But there she was, in black and white.

She could find no more excuses, other than complete denial – even though, the pictures she had in her hands were so obviously Mina – just not the Mina she was prepared to accept as her own.

I'm still waiting to hear back from my agent on this project, so I can't really reveal too much about it. But I'll try and do it in a roundabout kind of way!

It's about a woman's journey through adversity and how she finds herself after the relationship with her husband, which completely defined her, reaches a bitter end. Left with nothing, she has to put the trauma she has endured behind her to find her inner strength and come out fighting on the other side. But how?  That is the question.

That's probably as clear as I am allowed to be at this moment in time!

I love anything that is both sweet and tangy, so a slice of lemon drizzle cake or lemon curd tart, on its own or with a side serving of hot custard is right up my street. 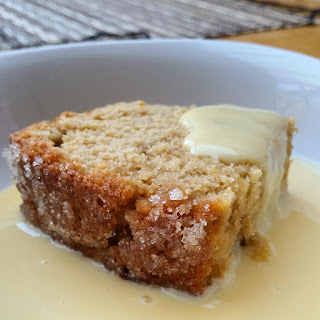 Join me next week when I will be having a slice of cake with Amanda Fleet.

Claire Buss is a multi-genre author and poet, completely addicted to cake. Find out more about her books on her website clairebuss.co.uk. Join the discussion in her Facebook group Buss's Book Stop.