This week I am delighted to be having a slice of cake with fellow indie author B.K. Bass.

B.K. Bass writes at his studio in Tennessee. He enjoys crafting science fiction, fantasy, and gothic horror. B.K. has long been an avid reader, film buff, and all-around geek.

He recently wrapped up the first wave of The Ravencrest Chronicles, a series of nautical-themed novellas and short fiction in the dark fantasy genres.

B.K. is starting work on the Tales of Durgan Stoutheart, a series of pulp-fiction-inspired novellas. These stories will be in the style of the old pulp heroic fantasy tales, but with dwarves!

He is also working on a science fiction novel called What Once Was Home, a very serious take on the themes of loss and maintaining one’s moral compass in the face of impossible decisions.

There’s some epic fantasy brewing in the background, too, but that takes time!

I write medieval adventure tales set in fictional worlds with exotic locations, characters, and creatures. I also write stories that take place in the future and examine how life may be changed by future technologies and events. Finally, I am delving into alternative historical dramas and adventures using anachronistic levels of technology.

I have been a lover of storytelling for my entire life. Be the medium books, theatre, movies, television, or gaming; the story has always fascinated me. My imagination has always run wild with my own stories, and writing is my way of sharing them with the world.

Share with us your favourite passage from the book you enjoyed writing the most.

Inside, he could hear the sounds of frivolity fueled with plenty of drink. There was a loud crash of splintering wood and a curse, and he could hear shouting from within. He stood beside the door, counting aloud, “One, two, and three.” On three, the door swung open and a skinny sailor was tossed out into the rain-soaked street, blood from his nose mixing with the running water in a swirling red cloud.

Tell us about your latest project.

Warriors of Understone is a heroic fantasy set in a medieval fantasy setting. The focus is on a society of dwarves, who take the spotlight instead of being secondary characters. Durgan was born the son of a stonecutter in a rigid caste-based society. He wishes to become a warrior, but he finds that he must also become an advocate for social change to do so. Meanwhile, he must overcome his rivalry with his cousin and try to win the respect of the thane’s daughter.

This is planned to be the first in a series, and the second book is already in the planning stages. This will be Companions of the Stone Road and will continue the adventures of Durgan along with a colourful cast of compatriots. 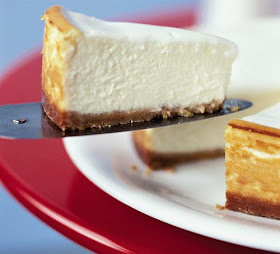 For the baking inclined reader, here is a recipe for a New York Cheesecake from Good Food. Topping of your choice!

You can keep in touch with B.K across social media:

Join me next week when I will be having a slice of cake with indie author Jaleta Clegg, grilling them gently about their writing life and of course sharing their favourite cake. 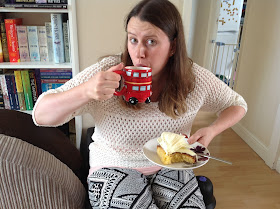 Claire Buss is a sci-fi, fantasy & humorous writer and poet, completely addicted to cake. Find all her books on Amazon. Join the discussion in her Facebook group Buss's Book Stop.
Claire Buss at 07:04:00
Share